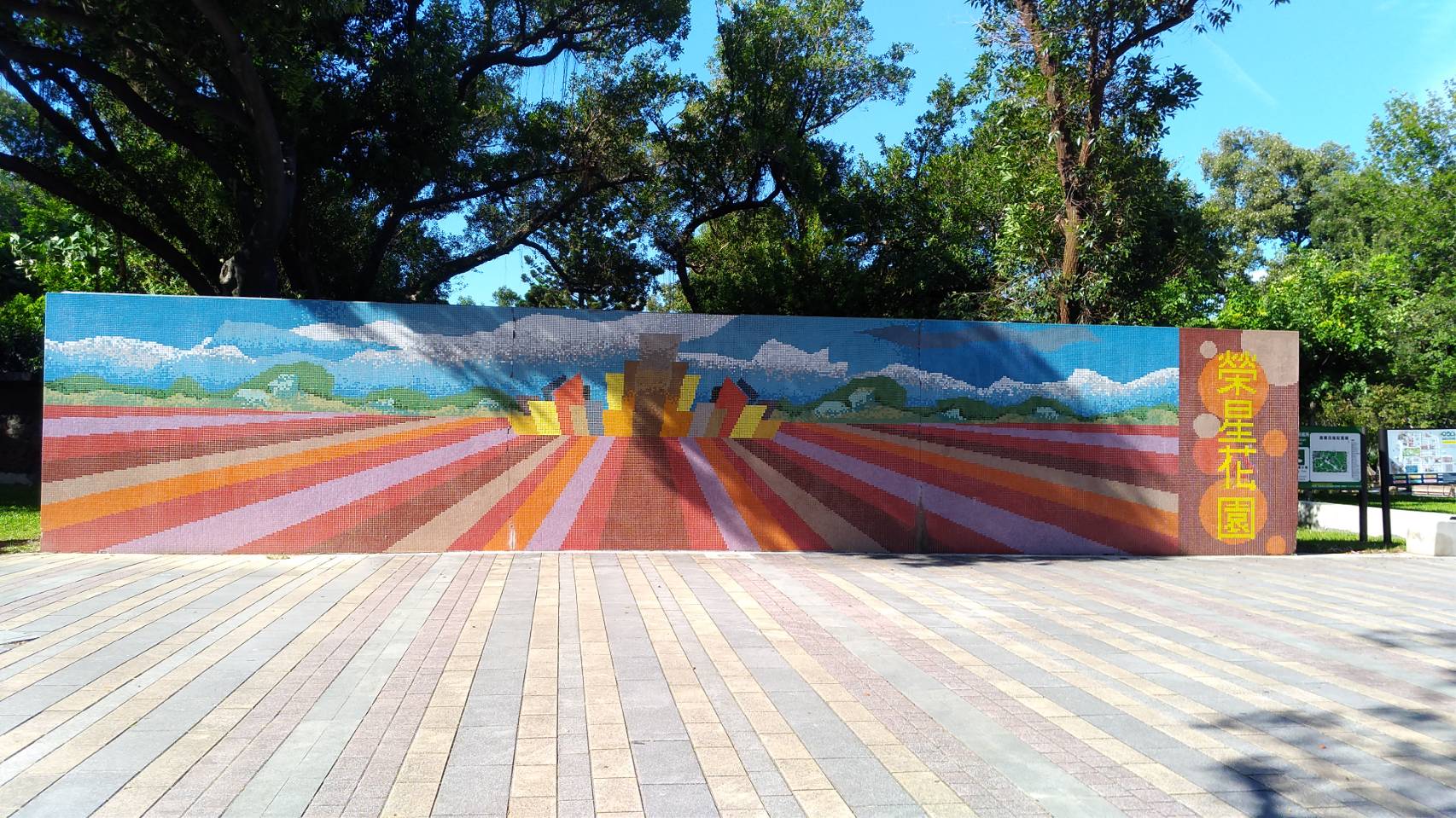 Sitting at the heart of Taipei, Rongxing Garden Park is located in Zhongshan District bordering Longjiang Street in the east, Jianguo North Road in the west, Minquan East Road in the south, and Wuchang Street in the north. In a rectangular shape, the park occupies a total area of 6.5 hectares and was built as a private garden in 1968. After the expropriation was completed in August 1989, it became a park for public access.
During 2001–2006, it was renovated in three phases. Besides preserving the great bougainvillea flower corridor and Liugongzun natural wetland basin for the public to take wedding pictures, a waterscape theater and dust tree shade square in the southwest were built to provide visitors with space for dancing and practicing Taichi at different times. In addition, park facilities including the sunshine lawn, maple sleeper trail, leisure parkway, landscape lotus pond, children’s playground, basketball courts, and red clay jogging path can meet the demand for the quality recreation and activity space of different groups.
In response to the rising concern about ecology, through collaboration between the village heads and residents and experts/scholars, firefly restoration began in the ecological pond. In addition, this office and volunteers also kept monitoring and improving the condition of the ecological pond. Through the concerted efforts of all parties, firefly herds are growing steadily, making the park one of the rare spots for firefly watching in Taipei City. 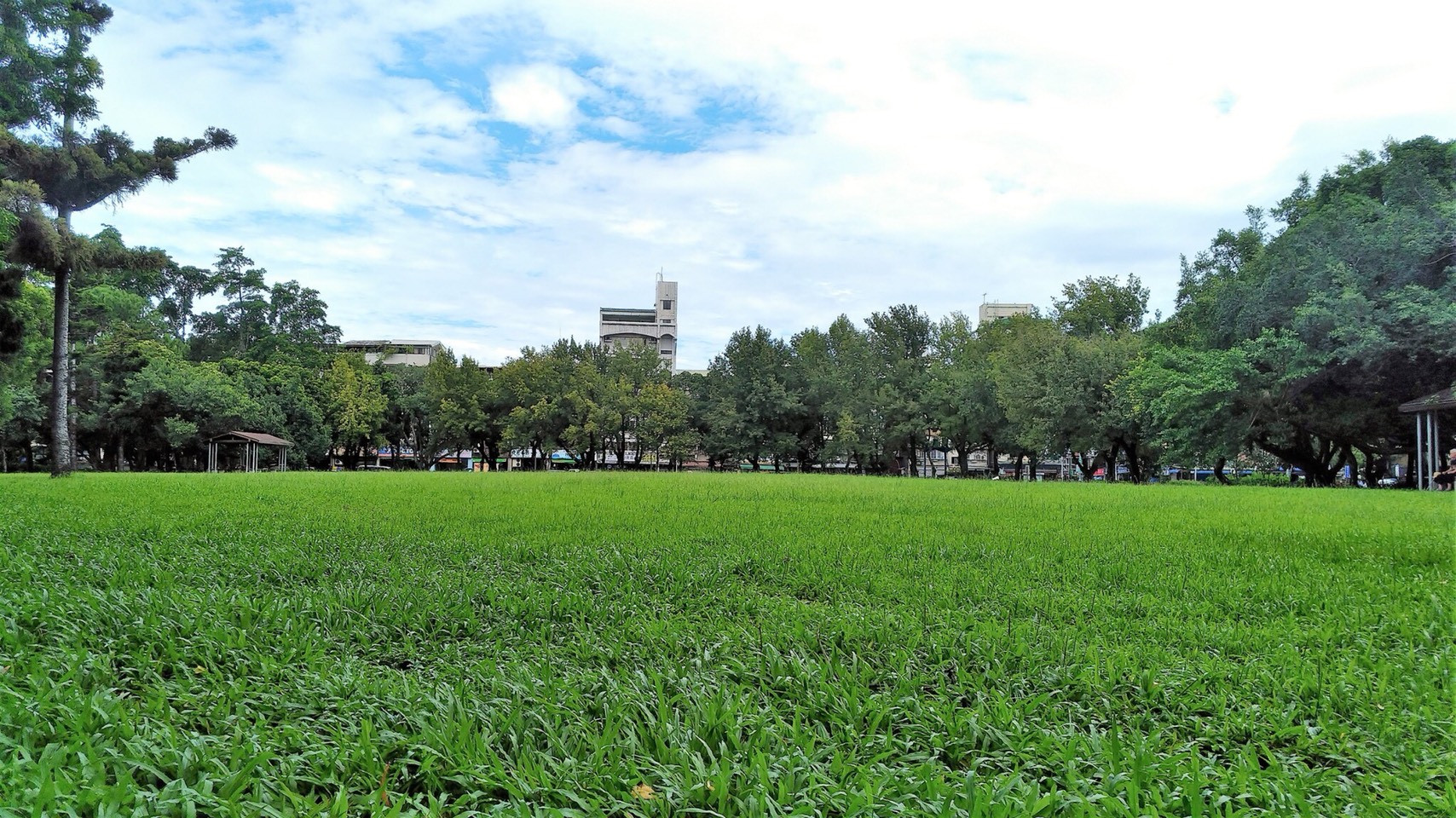 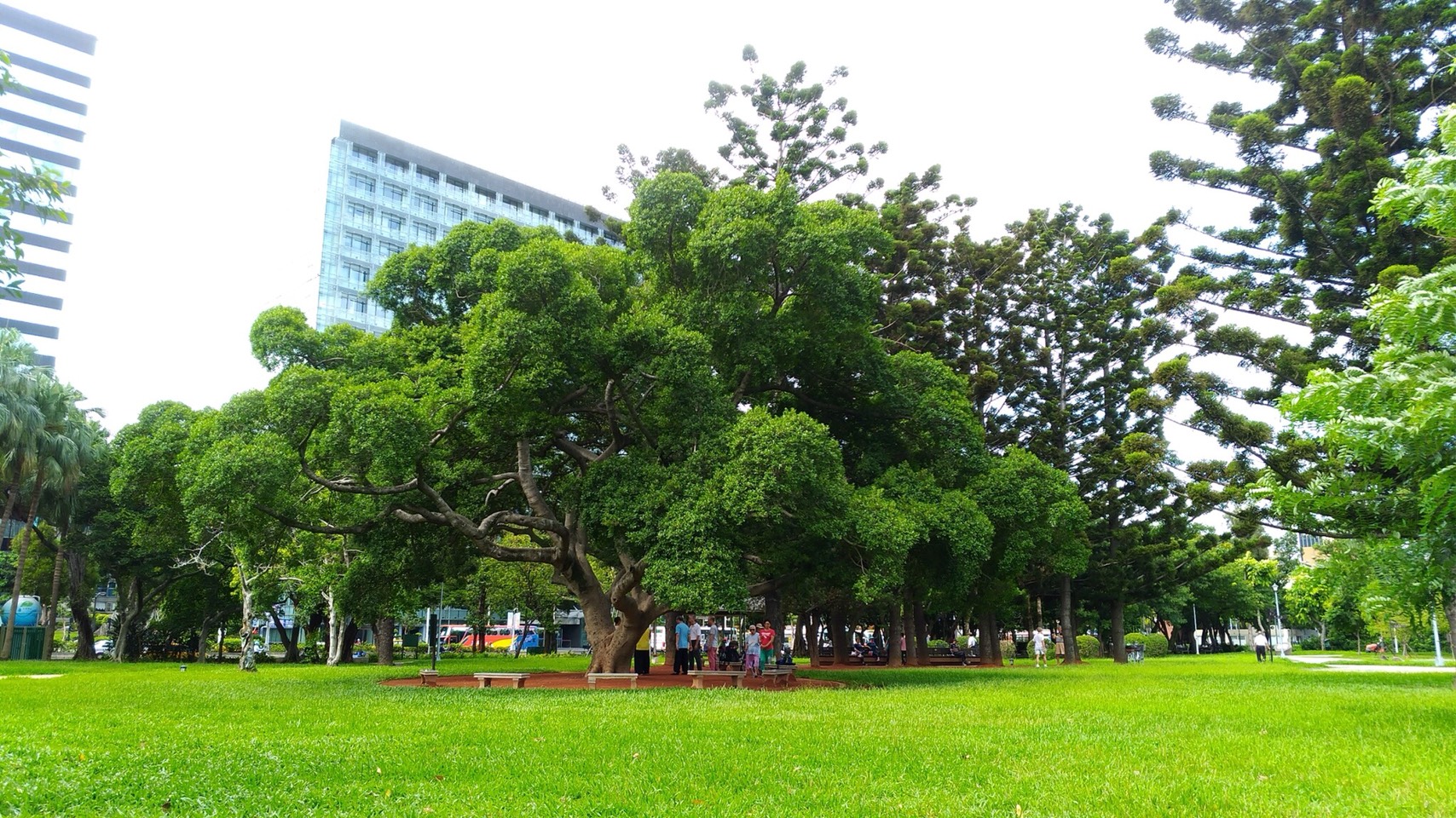 A corner of the Rongxing Garden Park 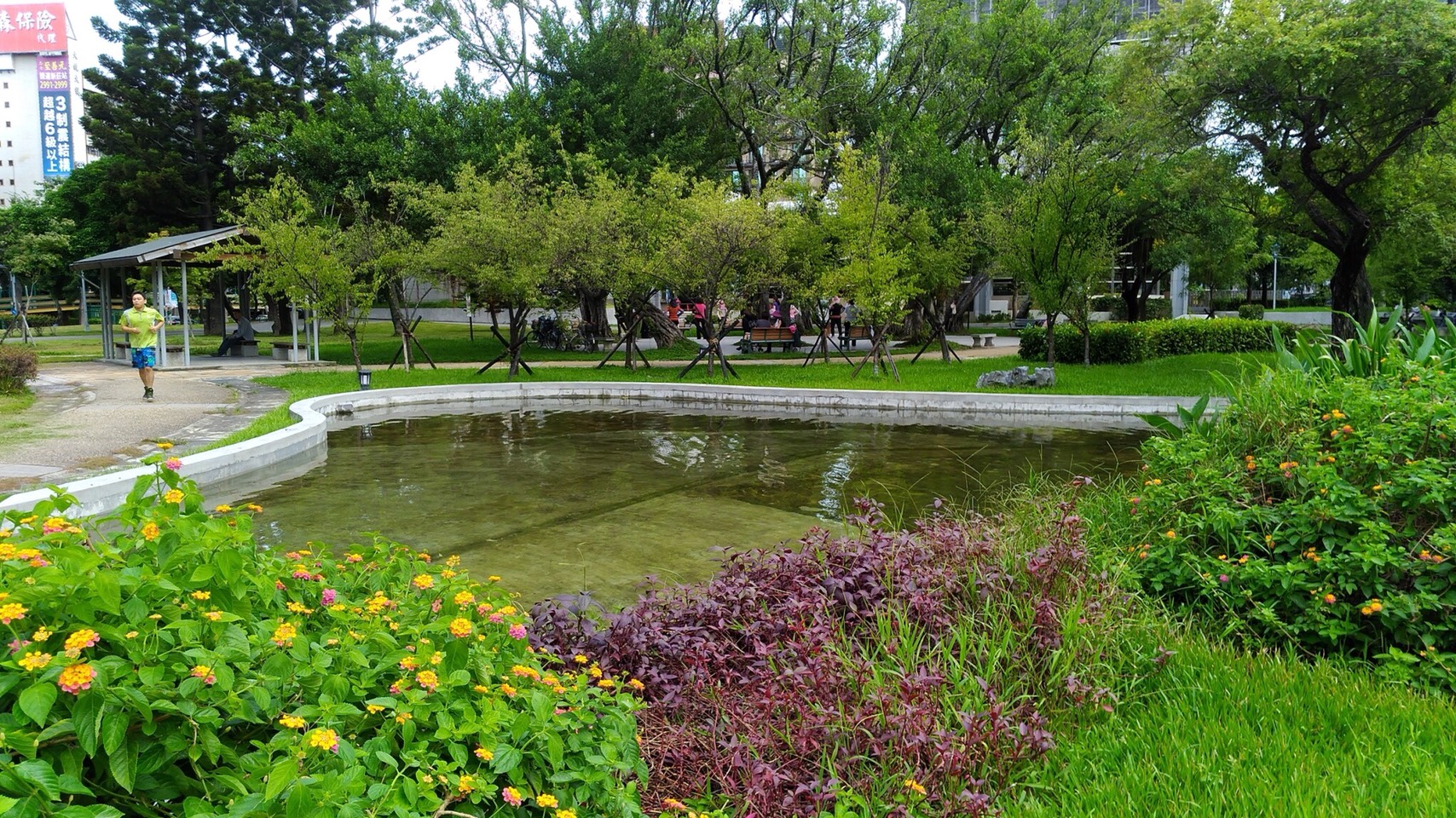 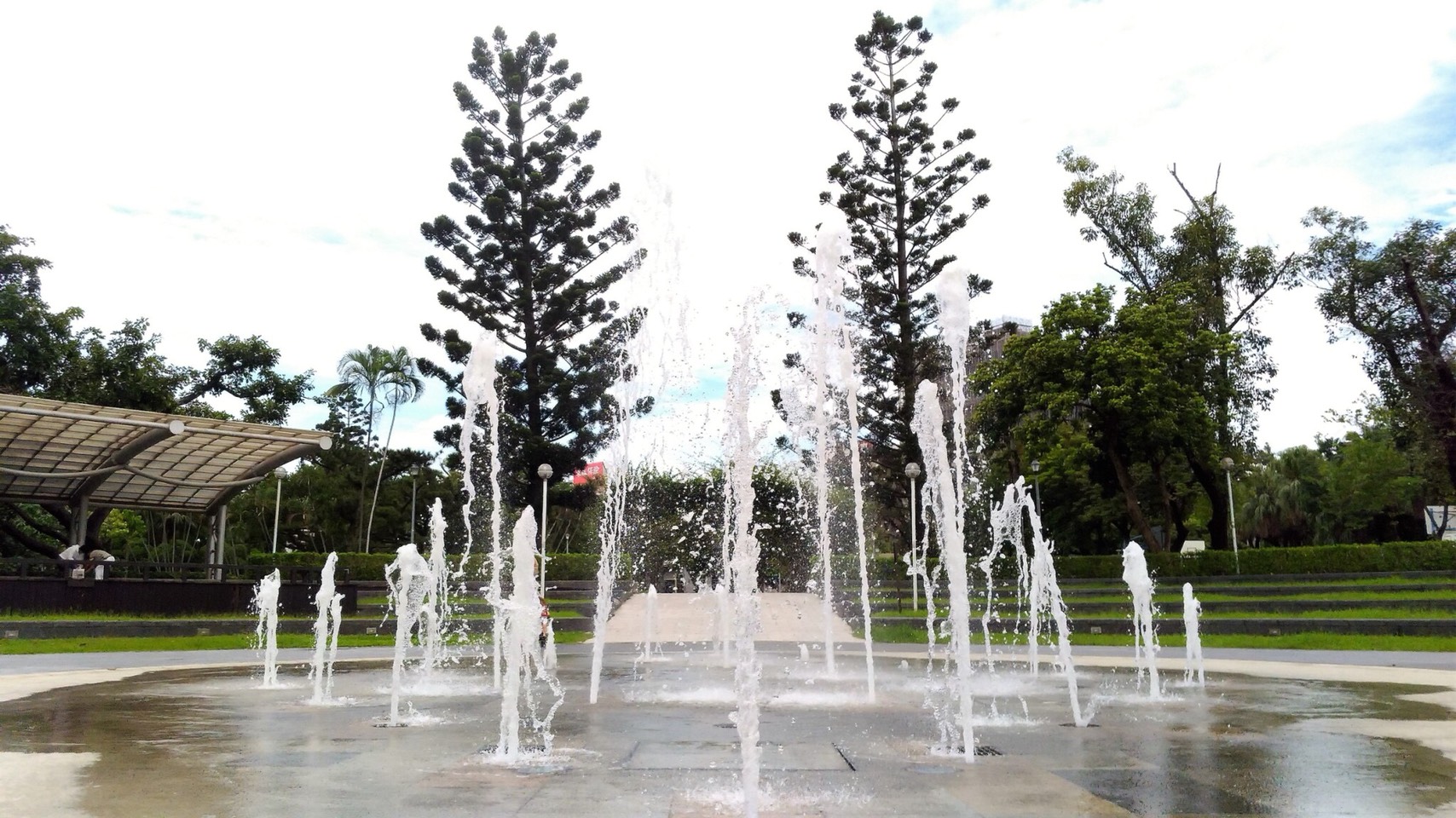 Rare migratory bird is a pampered bird of about 13cm long from the north.

Volunteers busily clean the environment of the ecology pond. Let’s maintain the ecology to keep the

As a local feature landscape, the great bougainvillea flower corridor was grown in the 1960s.
A large piece of law is ideal for games and picnics.

The newly completed inclusive playset always attracts crowds on both weekdays and holidays.

Besides watching fireflies in April and May, visitors can always watch birds and ecosystems at the e

The Taiwan-endemic threeleaf arrowhead (Sagittaria trifolia) in the ecological pond.